I’m pretty sure I bought a car yesterday.

I chose to relocate to Austin, Texas for many reasons, including the fact that I thought it might be a more walkable city than Houston, where my parents reside.  Having lived in European cities for the past 26 years, I have gotten used to walking, even as a means of transportation.  Putting one foot in front of the other has gotten me to work, to friends’ houses, to restaurants, to cinemas and, sometimes, from one part of a forest to another simply for pleasure.

I knew I would do more driving in Texas, a State with a population of 27.8 million people and 22 million cars.  Compare this to Norway’s 5 million people and 2.6 million cars.  I knew I needed a car. And, having lived in energy-conscious European countries who not only signed the Paris Agreement on Climate Change but also intend to honor it, I had decided to buy a long-range electric or at least a hybrid car.  At least this was my plan…

And, since I have not driven much these past years, I had forgotten some of the few but significant pleasures of driving on highways in the US.  On a recent drive from Austin to Houston for Thanksgiving, nearby motorists might have noticed me careening along at the speed limit of 75 mph (120 kph), singing along with the powerful vocals of Robert Plant to Stairway to Heaven blaring through the bluetooth speakers in my big SUV.  It was as if Robert himself was sitting next to me, and I liked it and I’m pretty sure he did too.

Now, rather than looking for a long-range electric or hybrid car, I have decided upon a somewhat sensible compact SUV with excellent safety features (airbags all over the place) and a quiet ride; this, to ensure that my duets with Robert are not dulled by highway noise and that we both enjoy a comfortable and safe ride together. 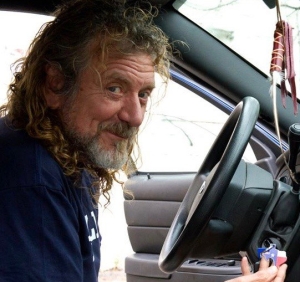 4 thoughts on “Buying a Car in Texas: Part I”